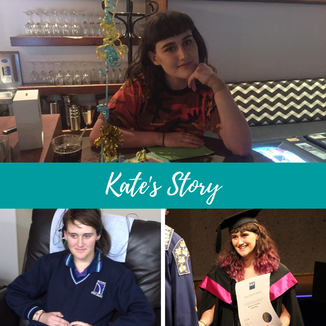 Kate was diagnosed with ADHD in 2007 at age 11, just six months before we emigrated to Australia from South Africa. She was prescribed Ritalin tablets, three times per day which was challenging as she couldn’t swallow tablets whole and she struggled with lack of appetite and insomnia as a result of the medication. She only took her medication during school times in order to have a break from the side effects during weekends and school holidays.

After our big move I started reading all I could about ADHD and stumbled upon a book by Dr Daniel Amen called “Healing ADD”. In this book he talked about biofeedback and the results they were getting with children with ADHD, so I immediately started scouring the internet for someone in Brisbane who offered biofeedback. Unfortunately, at the time I could find no-one so we carried on with medication, diet and various other strategies. Kate was eventually put onto Concerta LA but she still struggled with all the side effects and she complained about feeling “nothing” when she was medicated.

In July 2011 we went on a cruise and I met a woman who worked with children, who mentioned they were doing a “brain training” program which was a form of biofeedback. I told her my story about trying to find a biofeedback trainer in Brisbane and she mentioned she knew of one man, a psychologist who was doing neurofeedback therapy. I couldn’t wait to get home to Google neurofeedback and this man! Terry Eichmann changed our lives! Kate started having weekly sessions with Terry and she went on to have about 20 sessions in total with him. I remember after her first session, he asked her how she was feeling, and she looked at him in wonder and said, “there’s no white noise in my brain” – I could have cried right then!

After six sessions she was completely off her medication. She has gone on to complete a Bachelor of Fine Arts (Visual Art) and a Diploma in Graphic Design. She is now 22 years old, lives outside of home and has a full-time job as an assistant store manager for Oscar-Wylee Eyewear. She still has to use her strategies for organisation and time management however she accepts this as part of her journey in this thing we call life! Kate still has regular tune-up sessions of neurofeedback, every couple of months or so. And she always has about 3-5 sessions if she has had an anaesthetic as it messes with her brain, however after a few sessions her brain muscle memory kicks back in and sets her right! 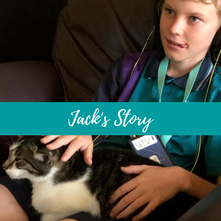 ​Jack came to Tildon Training in late 2018 with an ADHD and ASD diagnosis. He was coping well at home however he was struggling at school with not completing tasks, being easily distracted and being unable to focus. His parents were getting daily phone calls and emails from his teacher. Jack started Neuroptimal neurofeedback and after only one session we received the following text from his mother, "I just received a phone call from Jack's teacher. He had probably one his best days of the year at school. He listened and did all his work. I couldn't believe what I was hearing. Never happens!"
Jack has now had 20 sessions, started the school year in Year 7, and his parents have had not one phone call home. He also won a maths award!! Go Jack!
​July 2019 Update: Jack won a Student of Good Standing Award for his behaviour over the first semester. Wow!!